Xtrememind dominated the landscape for 20 years with a formidable line of radionic and psionic machines. We started by carrying Welz brand mind machines back in 1999. The company then expanded into the UltraRAD line 2002 and from there made history.

Why does mind machines curry tremendous favor? Reality re-engineering. For the layman, it’s the creation of miracles.

Radionics as a tool to influence the physical world is not new. The soft science launched back in the 1800s and traces its roots back 2000 years to medieval magic. The voodoo ritual of pricking dolls and the Mayan practice of virgin sacrifice is early psionics.

This millenium, magic comes in a new form, that of machines  manipulating chi and tachyons. Advanced devices feature orgonite which traps energy and hurls it at structural links that ultimately reshape reality. But progress didn’t end there.

Virtual Psionics: The Next Wave

On March 30, 2016, Xtrememind ends its line of physical mind machines to develop a brave new line of virtual psionics.

First forays into virtual reality engineering started with the XtremeCaster software. Over 400 copies have been downloaded and 12 Godcasters created to support the project. Outcomes proved so stunning that proof of concept cannot be questioned.

From anecdotal and physical evidence, it’s been found that virtual psionics can reshape the structure of leaves, create harmonious cooperation, treat energetic imbalances and even influence the outcome of chance games.

How is Virtual Psionics Created

Xtrememind, in partnership with the magi who run some of the top professional manifestation services on the internet has developed a line of virtual radionic boxes which boast the following features

The virtual psionics is a high resolution, energy emitting image that unifies some of the most energetic symbols on the planet. Through shape resonance,anything placed on the image acquires massive programming signatures.

Comes with Psionic Analogues of the Physical Counterparts

At our labs we have the physical counterparts of the psionic versions. The team unleashes Santeria and Chaos Magick to create a shadow form of the real psionic tool into the sacred geometry form. That means you get virtual dials, virtual plates and virtual circuits that channel your power.

The virtual psionics emits energy not only by virtue of sacred geometry, but also through inherent linkages made to 7 ascension seats– particularly the Chamber of Melchizedek. For as long as the image exists, one merely touches the appropriate virtual plates and dials to create a connection. Then life force flows eternally.

The Psionics Becomes One With You

A one-off activation ritual is necessary ensure maximum operation. Once the virtual psionic machine is received, the ritual is run for a day which links the device to your hara etherically. Then, by mere intent, one can summon the full might of the machine even as it hangs from the wall.

Every virtual psionic is 100% unique. No client will have a duplicate of that belonging to another. This goes beyond mere aesthetics but also to prevent energy leakages.

Xtrememind will not directly sell these special tools of power, but you can contact our distributors: 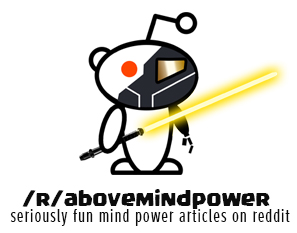